The book is brought out at a time when convergence of a multitude of events has generated enormous interest in conservation of biodiversity. The main feature that distinguishes this book from similar ones is its coverage of subjects. This book is not yet another document listing flora and fauna, but rather it goes into basic processes, responsible for generating, sustaining and accelerating diversification of biodiversity. Similarly it deals with causes of extinction.

The readers will find discussion on the origin of biodiversity, its evolution, threats to biodiversity, as well as an account of the Indian scenario of biodiversity, along with conservation strategies. The chapters are arranged in a logical sequence and have been contributed by the scientists who are considered authorities on the respective research areas. This book would be of use as a ready reference on multiple aspects of biodiversity to students, researchers and policy-makers alike.

A major departure from other books on biological diversity, this book will help the readers understand the basic issues and emerging areas of research. Although this is a multi-authored book, the chapters have been so chosen as to maintain continuity of discussion. The first section of the book deals with the origin and evolution of biodiversity. The second one deals with the drivers of loss in biodiversity, along with an article on mass extinctions. The third section deals with the unique richness of biodiversity in India, from microbes to man. The fourth and last section highlights a few conservation initiatives taken by India, including one global initiative. The authors of all the articles are well-known for their eminence in the respective fields.

This book would be of use as a ready reference on multiple aspects of biodiversity to students, researchers and policy-makers alike.

Section  I: Origin and Evolution

Chapter 3.Can Dynamic Conservation of Endemics be Delinked from the Biodiversity in its Totality – P.S. Ramakrishnan

Chapter 12. An Analysis of Faunal Diversity in India - Ramakrishna

Chapter 16. Biodiversity of the Sundarbans: Status and Challenges - L.K. Banerjee

Chapter 18. An Appraisal of Global Initiatives in Protection of Biodiversity of Species and a Recommended Model - Promila Kapoor Vijay

Arun Kumar Sharma (D.Sc., FNA, FNASc, FNAAS, FTWAS), the recipient of Padma Bhushan, is Honorary Professor at the Centre for Advanced Studies, Department of Botany, University of Calcutta. His contribution to cytogenetics is acknowledged not only in India but also all around the globe. He is known for the pioneering study leading to the establishment of a new concept of speciation in vegetatively reproducing plants. He acted as the Chairman, West Bengal Biodiversity Board, Kolkata, since its inception.

Debal Ray is a member of the Indian Forest Service. He had been responsible for management of natural resources over a period of two decades. He has managed diverse ecosystems ranging from alpine to coastal with all possible intermediates in between.  He has been discharging his responsibilities as the Member Secretary of West Bengal Biodiversity Board for more than six years.

Soumyendra Nath Ghosh, a Ph.D. in Zoology, was introduced with the intricacies of life at the time of his studies on social insects, ants. During his stint in the Zoological Survey of India and subsequently in the West Bengal Biodiversity Board, he made important contributions to taxonomy and natural history of Hymenoptera. As Senior Research Officer of West Bengal Biodiversity Board, he is responsible for bringing all the stakeholders of biodiversity under the same umbrella for the cause of conservation. 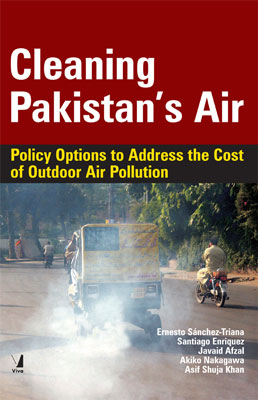