Message of the Quran in Simple English

This revised and expanded edition carries more than 400 explanatory notes, including 200 new ones, which elucidate things Quranic. This work introduces to readers the Quranic worldview, particularly, its position on such current issues as gender parity, peaceful coexistence, pluralism, social relationships with family and friends, and reaching out to the underprivileged.

This work stands apart from those generally available English translations of the Quran which, being too literal or sectarian, hinder readers from understanding the Quran, the most widely read book in the world. It has all along been the book of guidance and law for billions of people and stands out as a literary masterpiece par excellence in Arabic, which has set the hallmarks of the Arabic language and literature.

The extensive subject index in this book will help readers locate easily what the Quran says, as for example, on women, social relations, peaceful coexistence, morals and manners, death and the afterlife, messengers of God, Islamic beliefs and practices, religious duties, charity, forgiveness, and the concept and attributes of God in Islam.

Many of the existing translations of the Quran, being literal, fail to convey the message of the Quran. This book attempts to present in simple, fluent English the paraphrase of the meaning and message of the Quran, without claiming to be an exact translation. It, however, does not deviate from the intended meaning of the Quranic text. This new translation, together with its brief explanatory notes and bibliography, will help those who are new to the Quran and Islam.

It will serve as a reference guide to the students/researchers of Qur?anic Studies and Islamic Studies. It attempts to present in simple, fluent English the paraphrase of the meaning and message of the Quran. It is supplemented with brief explanatory notes especially for those new to the Quran or Islam.

Preface to the Revised and Expanded Edition

Abdur Raheem Kidwai is Professor of English and Director of the UGC Human Resource Development Centre; and Director of the K.A. Nizami Quranic Centre, Aligarh Muslim University, Aligarh, India. He is also the Visiting Fellow at the School of English, University of Leicester, UK. He has a special interest in the English translations of the Quran. The Ministry of Religious Affairs, Kingdom of Saudi Arabia, commissioned him to write this substantial work on the subject: The Bibliography of the English Translations of the Quran: 1649-2002: A Critical Study (2007). Moreover, his other significant works on the subject are Translating the Untranslatable: A Critical Guide to 60 English Translations of the Quran (2011) and God's Word, Man's Interpretations: A Critical Study of the 21st Century English Translation of the Quran (2018) offer analytical reviews on all the complete English translations. His other works on Islam and the Quran are: The Quran: Essential Teachings (2006), 365 Sayings of Prophet Muhammad (2014), Daily Wisdom (2013-17) (A series of three books presenting selections from the Quran, Hadith and prayers) and Image of the Prophet Muhammad in English Literature (2018). Prof. Kidwai has previously published six other books with Viva: Literary Orientalism: A Companion (2013), Perspectives on National Integration (2013), New Directions in Higher Education (2014), Orientalism in English Literature: Perception of Islam and Muslims (2016), Believing and Belonging (2016) and Criticism and Counter Criticism (2017). 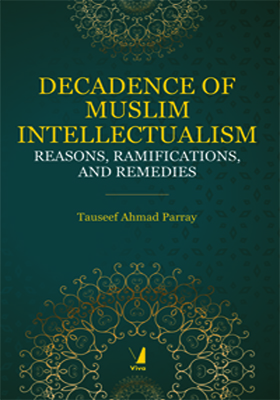