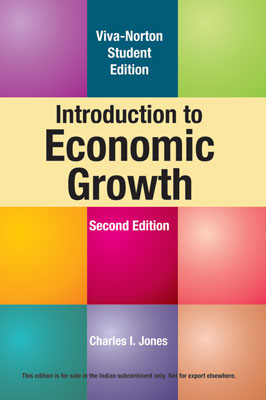 Praise for the First Edition:

"Charles I. Jones has laid out 40 years of work on growth economics in a clear, compact, civilized package. You get theory, you get facts, and you get a picture of what it"s all about, in a form very suitable for undergraduates. It is not a bad way to start integrating macro and micro."
—Robert M. Solow, Massachusetts Institute of Technology

"At last, someone has shown that the entire scope of the modern theory of growth can be brought into the undergraduate classroom. Charles I. Jones has written a wonderful introduction to the subject, one that takes the reader to the frontier of current research."
—Paul Romer, Stanford University

One of the hottest fields in contemporary macroeconomics, economic growth is both fascinating to theorists and critically important to policy makers. In Introduction to Economic Growth—the only text in the field designed specifically for advanced undergraduates—Charles I. Jones explains in clear, direct language how economists have come to understand the long-run growth of economies. Beginning with empirical evidence—how rich are the rich countries, how poor are the poor, and how fast do the rich and poor countries grow? —Professor Jones then presents the major theories of economic growth, from the Nobel Prize-winning work of Robert Solow to the new growth theory that has ignited the field in recent years.

• The data of growth and development
• Other • Stylized facts?
• The remainder of the book

• Technology and the Solow Model: The Solow Diagram with technology • Solving for the steady state
• Evaluating the Solow Model
• Growth Accounting, the productivity slowdown and the new economy
• Appendix:  Closed-form solution of the Solow Model

Chapter 4: The Economics of Ideas

Chapter 5: The Engine of Growth

• The basic elements of the model: Growth in the Romer Model • Growth effects versus level effects • Comparative statistics: A permanent increase in the R & D share

Chapter 6: A Simple Model of Growth and Development

• Land in the Solow Model
• Nonrenewable resources: Setup • The balanced growth path
• Quantifying the importance of natural resources
• Prices as indicators of scarcity
• Implications and explanations of declining factor shares

• Why are we so rich and they so poor?
• What is the engine of economic growth?
• How do we understand growth miracles

Charles I. Jones is associate professor of economics at the University of California at Berkeley and a leading scholar in the field of economic growth. He received his A.B. from Harvard University and his Ph.D. from the Massachusetts Institute of Technology 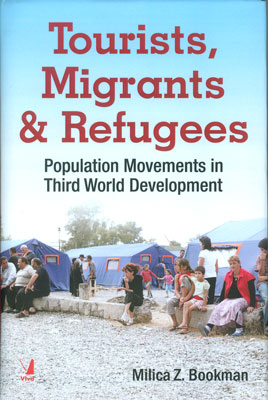