Did You Know? 4 includes and explains several interesting facts around us that normally go unnoticed but have a bearing on our day-to-day life. This volume will amaze the readers with its wide coverage of topics and excite them with the unexpected.

Dr. Moumita Das is working as an Assistant Director at the National Centre for Innovation in Distance Education, Indira Gandhi National Open University, New Delhi. She did her PhD in Botany from the Central Institute of Medicinal and Aromatic Plants, Lucknow. She has authored four books; one in medicinal plant, and three on curiosities. She has several research papers and articles in the areas of medicinal plants, intellectual property rights, sustainable development, creativity, and innovation in Open and Distance Learning (ODL) system in journals of national and international repute.

At present she is working towards interventions for devising innovative solutions in the ODL system.

Dr C.K. Ghosh retired from his services at the Indira Gandhi National Open University, New Delhi after serving it for more than 27 years. He had inter alia held the positions of the Directors of Regional Services Division, Student Service Centre and the National Centre for Innovation in Distance Education. He had also taught Physics for close to eight years at the Scottish Church College, Kolkata. He did his PhD as a scholar of Council of Scientific and Industrial Research (CSIR) from The Indian Association for the Cultivation of Science.  His PhD topic was “Electrical, Electro-Thermal and Galvanomagnetic Transport Properties of Thin Solid Films”. He has co-authored four books in Physics and related areas and has more than 100 publications in the form of research papers and articles in several books and journals of national and international repute primarily on the areas of Solid State Physics, Mathematics & Physics Education, Open and Distance Learning and Value Education.

He had been a member of the Board of Management, Academic Council, other Statutory Bodies of IGNOU and several State Open Universities. He has taken up many important academic assignments, the most conspicuous among them being the Chairperson of the Content Advisory Group of Physics for the one-stop education portal, SAKSHAT, of the Ministry of Human Resource Development. He has been delivering  illustrated talks on diverse topics, some of which are: Science & Technology for Development, Scientific Temper, Frontiers of Astronomy and Astrophysics, Swami Vivekananda's Thoughts on Education, Science in Sports, Innovations in Teaching, Emerging Dimensions of Learner Support in Open and Distance Learning, etc. 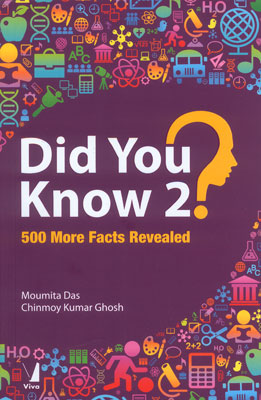