Tulu is one of the five Dravidian languages of South India. About 2.5 million people speak Tulu as their mother tongue. Tulu Nadu is a region where many languages are spoken. Tulu, derived from proto-Dravidian, is the predominant language spoken by Hindus of various castes and by the Jains of Tulu Nadu. Tulu is one of the developed languages that have not received the status of scheduled languages. The Tulu language, with its near extinct script, has been generating much enthusiasm amongst linguists, as it is now believed to be one of the oldest Dravidian languages.

The Tulu language does not have a script. It is a spoken language. This book will serve as an ideal launch pad for people to explore the language. It will also help to do further research in the language.

This book will serve as an ideal launch pad for people to explore the Tulu language. It will also help to do further research in the language. It is also useful for linguists.

Sebin Jose completed his graduation in English Literature from Mahatma Gandhi University, Kerala, in 2010 and completed Bachelor of Education from the same University in 2011. His postgraduation was from the Central University of Kerala, Kasaragod, in 2014. He has more than five years of teaching experience. He is a talented English teacher especially in online coaching. 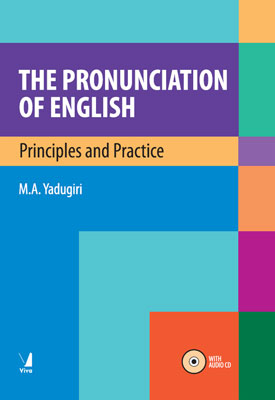 The Pronunciation of English, ..